What is Web Design?

Web design is the term used to explain the creation of the visual layout and aspects of a website – how wide/long it is, where the images should go, if it has a sidebar, and what the header will look like all fall under web design’s banner.

Web designers don’t just design, they have to think about a lot of things during the process. A few of those things are the current trends, the design norms and the target audience behavior. The design has to match the branding of the company in question as well.

The finished product of the design does not typically contain code. Rather, the graphical representation of the web page is used by another or the same party as the basis for the code. The representation is divided into areas that can be represented by web code, and other areas that are purely graphics.

Often, web design and development firms use the term “web design” to refer to the entire development of a web site because it is the most commonly recognized term in the marketplace.

What is Web Development?

Web development deals more with the code of the site – which dictates how it will act. What will happen when you click on a certain link and when animations or videos will play on a page are examples of web development’s role. It is the art of making websites that do things, such as logins, useful tools for the users, e-commerce capabilities such as a shopping cart or online payments, online forums and more.

A developer is known to focus on specialties such as HTML, CSS and PHP. They deal with the unseen coding aspect of a website, known as the back-end, and are primarily concerned with making a website function quickly, efficiently, and with the greatest stability. Making everything work functionally is the main priority.

Typically, a web-developer will be responsible for developing and coding server-side applications, databases, complex e-commerce transactions, and for search engine optimization. Although this process is not actually visible to the visitors of the website, it is absolutely vital to the visitor’s experience while browsing the website.

and, just in case you’re wondering…

I am a Full Stack Developer – Full stack developers are the best of both worlds. They take care of both the backend and frontend of a website. In many cases, this makes the workflow easier.

The importance (or not) of the About page

My website works – why would I need a new one? 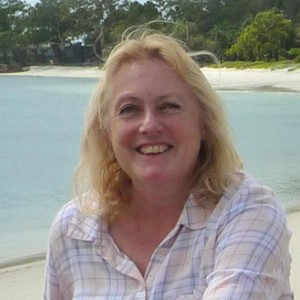 20 years experience working with computers and technology - starting out in company IT support, then network and server admin, and now building and maintaining sites for clients- the perfect way to combine a love of tech, design and helping people with tech-related issues.
If you're from Auckland, elsewhere in New Zealand, Australia or beyond and need a new website or a redesign contact me for a no-obligation chat about your requirements.